The Tre Cime di Lavaredo, Three Picks in English, Drei Zinnen in German,  the  #threepicks are among the best-known peaks of the Alps. They are located in the Sexten Dolomites and are one of the most renowned natural wonders in the world of mountaineering. It is possible to reach this mountain group from Lake Misurina, Auronzo di Cadore and Sesto Valley/Sextental. From the summit, you can enjoy the spectacular view of the surrounding peaks and the Nature Park Tre Cime.

The Tre Cime di Lavaredo have the appearance of three enormous fingers raised towards the sky, their majestic and harmonious shapes and colours are appreciate by the experts all over the world.

The Tre Cime mountain group is traversed by the Alta Via n. 4, also known as Grohmann route.

The Tre Cime are:

The border between the territories of Auronzo di Cadore (southern face) and of Dobbiaco (northern face) lies exactly on the high crests of the three peaks, crossing them lengthwise. 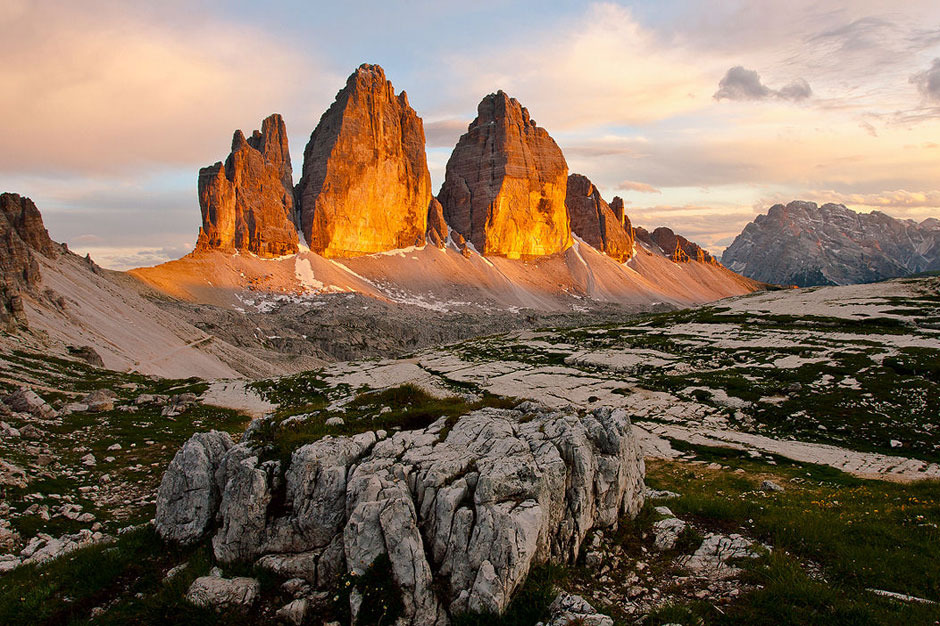 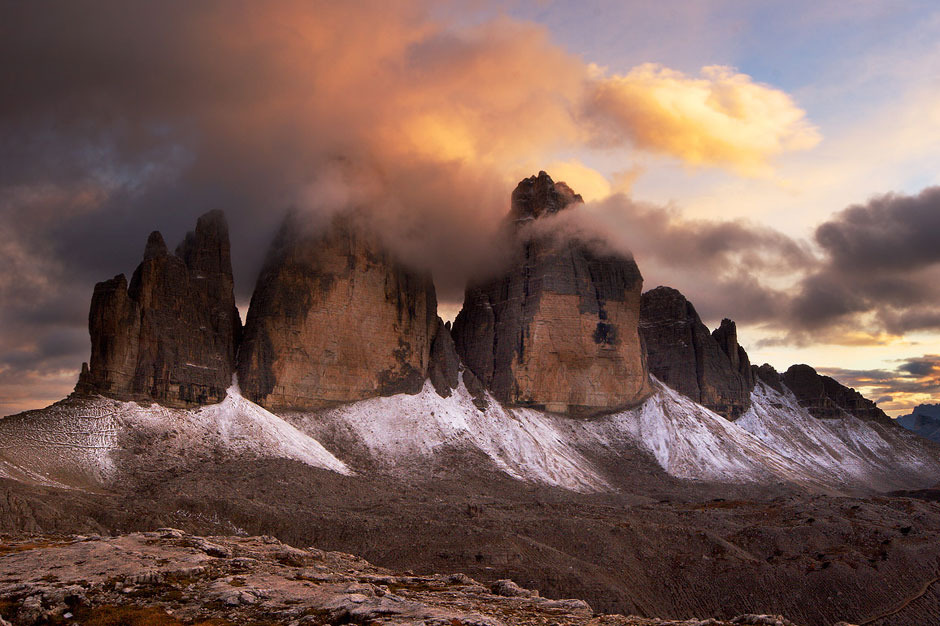 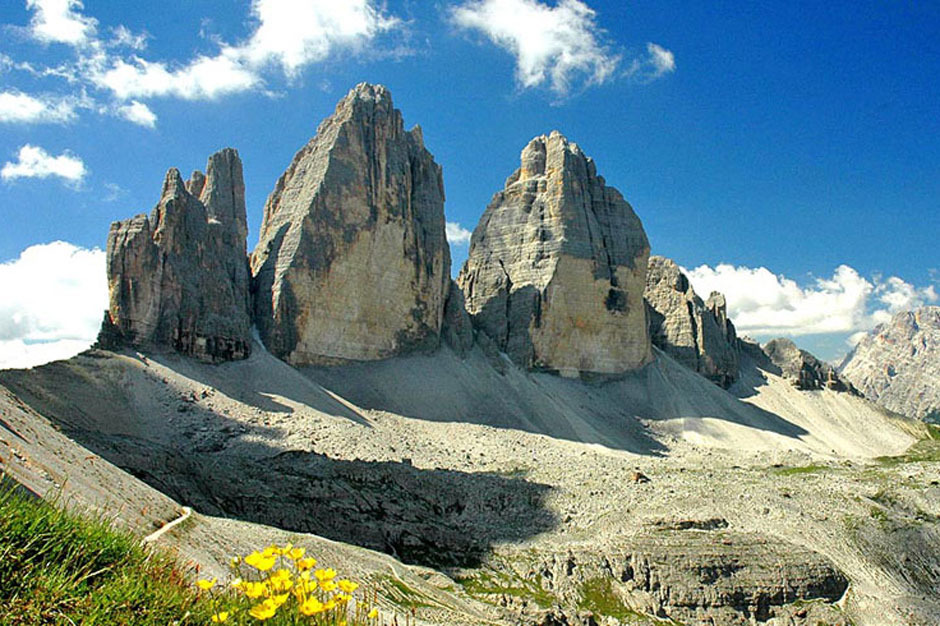 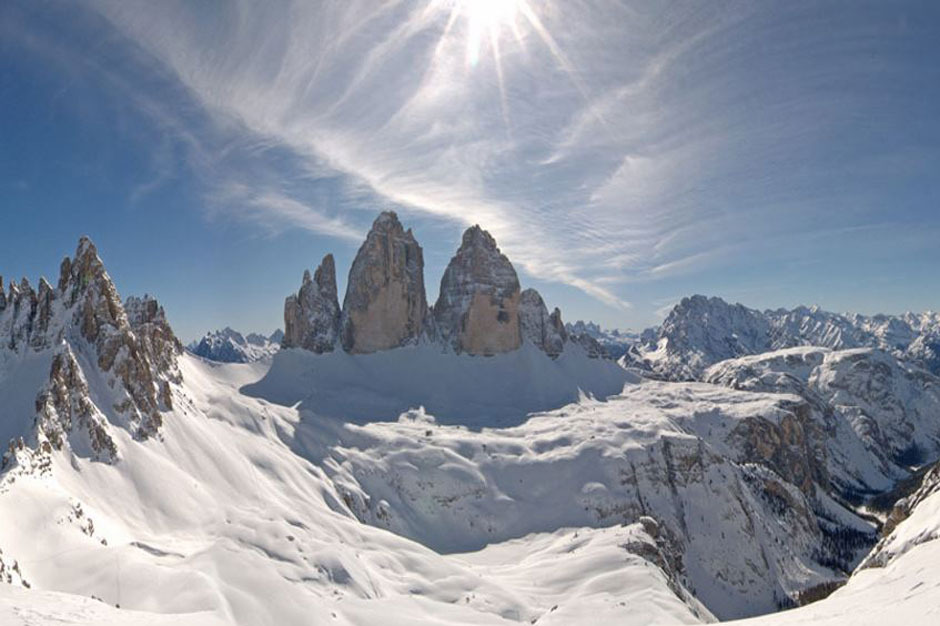 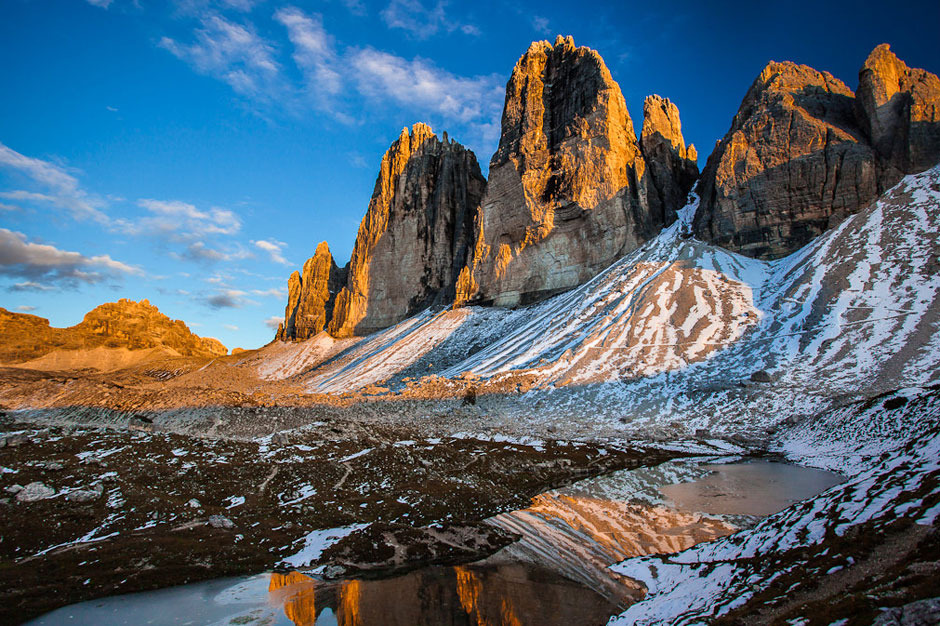 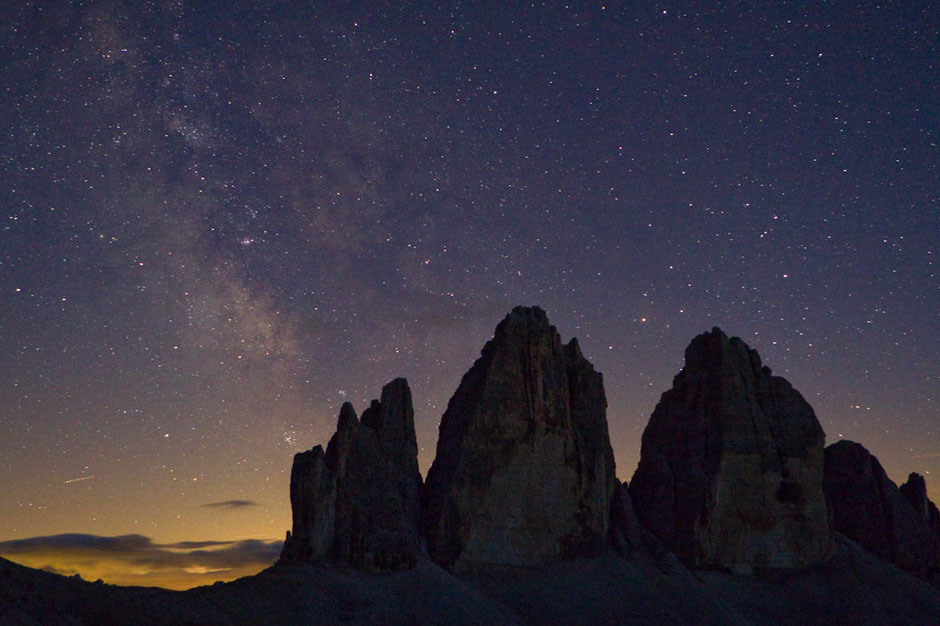 We are available to professionally organize guided excursion on the whole Dolomites range, always guaranteeing the highest level of competence and reliability